The Hacking of the American Mind...a book about Addiction, Depression and Diabetes 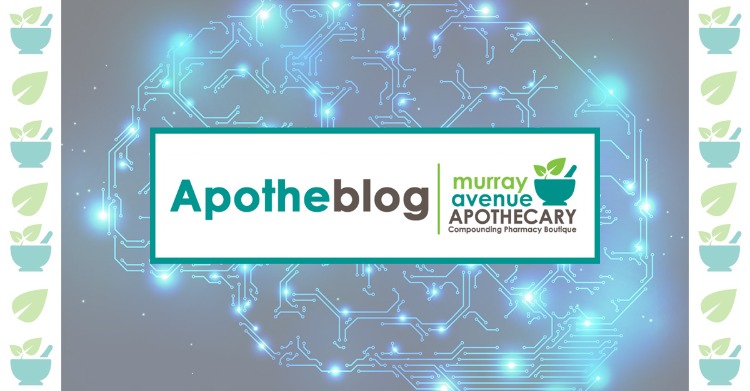 The Hacking of the American Mind...a book about Addiction, Depression and Diabetes

In our last blog we discussed the critical connection of brain and gut. To continue the conversation, in today’s blog, I am sharing the brilliant insight of Dr. Robert Lustig MD from his book The Hacking of the American Mind. Dr. Lustig writes, “We are trying to move beyond the past and yet embrace the simpler past when we weren’t so influenced by Big Pharma and Big Food.”

According to Dr. Lustig, there is a Healthcare crisis of immense proportion, including Obesity and Diabetes, the Opioid crisis, and a Depression and Anxiety crisis. “You can’t fix a problem unless you understand it” Dr. Lustig says.

He explains that all of these crises are manifestations of a struggle between seeking Pleasure and Happiness. To understand the crisis, Dr. Lustig explains 7 philosophical differences between them below.

1. Pleasure is “This feels good I want more.”

Happiness is “This feels good, I don’t want or need more.”

3. Pleasure is visceral and is felt in the body.

Happiness is felt in the mind, above the neck.

6. Pleasure can be achieved with substances.

Happiness cannot be achieved with substances.

7. Pleasure in the extreme either through substances (heroin, cocaine, nicotine) or behaviors (gambling, social media, etc.) leads to addiction.

Happiness is not addictive.

There is also a basic Physio-Biochemical difference...Pleasure is dopamine, Happiness is serotonin.

Let’s explore this further. Dopamine is an excitotoxin. All Excitatory Neurotransmitters (NT) are toxic in chronic overdose to neurons, which are nerve cells that communicate to each other. These neurons like to be “tickled” or excited, but not “bludgeoned,” and chronic overstimulation leads to nerve cell death.

Neurons have a protective mechanism of downregulating their receptors or “decreasing” their responsiveness. These receptors are like loading docks to which chemicals attach exerting biological effects. Each time a person gets a “hit” or a “rush” from a substance or behavior, it takes more and more “hits” because the neurons are down-regulating or “decreasing their response” to the stimuli. When a huge “hit” is needed to get a chemical response, tolerance starts, and addiction is when the neurons die. Addiction is from too much dopamine and the Depression is from too little serotonin.

The opposite of dopamine is serotonin, an inhibitory neurotransmitter. Serotonin does not down-regulate its receptor because it doesn’t have to. Dr. Lustig explains that too much serotonin will not kill its receptor....one can’t overdose on too much happiness.

Dopamine, however does down-regulate Serotonin!

The more pleasure a person seeks the more potential unhappiness will result. Throw STRESS into the mix which also downregulates the serotonin receptors, and the end result is lower serotonin and fewer receptors and DEPRESSION. Sugar depletes serotonin, all effects of metabolic syndrome (i.e. Pre-diabetes and insulin resistance) deplete serotonin, and dopamine depletes serotonin.

All of this takes away the precious happiness hormone serotonin and takes away serotonin receptor sensitivity in the brain. In the end Americans are fat and unhappy, not positive, and their collective mood is bad.

It comes down to food choices, besides the damage that medicines do.

In order to make serotonin we need protein to supply tryptophan, which is obtained from the meat and dairy we eat. Less than 5% of tryptophan is utilized to make serotonin and inflammation compromises this pathway. Inflammation may be caused by changes in the gut bacteria microbiome, reactions to gliadin or gluten, or other foods, and Leaky Gut. Obesity itself is characterized by higher levels of inflammatory cytokines, called “adipokines,” from fat cells (adipocytes).

Dr. Lustig explains that two phenomena are going on. The first is the bacteria that make cytokines and cause liver inflammation. The second is metabolic syndrome leading to whole-body inflammation, which includes brain inflammation.

Gut bacteria eat what we eat. “What did you get out of the food and what do the bacteria get?”

Gut bacteria are constantly sending messages to our brains via the blood stream to tell our brains to alter our dietary choices in order to get more of what they want to eat. What we describe as “innate” behavior is actually our bacteria telling us what to do. The bacteria in our guts are in charge of our food choices through two chemicals glucagon and peptide 1. We are eating for 100 trillion bacteria in our bodies, more than all of the cells that make up our bodies!

The gut is the center of production of our serotonin, dopamine, norepinephrine etc. We make more of these neurotransmitters in the gut than in the brain which is why the gut is called the “Second Brain.”

What about sugar? We know that sugar is very damaging and TOXIC to the gut microbiome. What slows absorption of sugar in the gut? Fiber slows the absorption in the duodenum and keeps your liver from getting sick from a tsunami of food (sugar) flooding into it, and instead lets it go further down the intestine to be metabolized by the bacteria. This is one of the most important methods of preventing chronic disease.

The food industry removes all fiber from the foods they create and processed food is fiber-less food. “We are living in a Technological Processed Food Society that has hacked the American Mind,” Dr. Lustig comments.

Dr. Lustig goes on to further illustrate the role of fatty acids in the brain and their connection to Serotonin. “We know that Omega 3 fatty acids are anti-inflammatory to the brain,” he explains. “In rat brains with Omega 3 FA deficiency, if you look at the end of the serotonin neuron, the synaptic tone, you see an inflammatory haze around the neuron, therefore impeding serotonin nerve transmission.”

“We are all doped up on dopamine, and our serotonin is at low ebb,” Dr. Lustig says.

He has created a program he calls the 4 C’s to help eliminate inflammation and help our neurotransmitters work better.

Examples of empathy include doing a good deed for someone else, visiting a sick person in the hospital, or praying in a community-basically having a sense of belonging with others. On the other hand, Facebook is an example of increasing dopamine or immediate pleasure. “You cannot create empathy with an emoji!” A study using MRI proof with controlled data showed that Facebook lowers a person’s emotional wellbeing when being used and emotional wellbeing increases when Facebook is not used.

The second “C” is Contribution to family, friends, and the world at large, not for reward, but to make the world a better place. This forces you to think of others, not just yourself.

The third “C” is Coping by getting adequate sleep, being mindful and exercising. Cortisol, our stress hormone, down-regulates the serotonin receptor, and this may contribute to sleep deprivation. Sleep deprivation causes more cortisol to be created. Speaking of sleep, studies show that people who charge their cell phones in their bedrooms get 28 less minutes of sleep due to blue light emissions from their phones. Amber glasses or switching your phone to night mode may help to calm the brain to ready it for sleep.

Mindfulness is paying attention to what is happening in the current moment. Although we pride ourselves on multitasking, only 2.5% of the population can actually do it. Every time you switch tasks you are raising cortisol which inhibits serotonin and decreases your ability to recognize contentment.

By the way, exercise is a natural way to increase serotonin!

The fourth “C” is Cooking. According to Dr. Lustig’s research, 35% of Americans don’t know how to cook and only 10% of Americans like to cook. Over 74% of food in the grocery store has been spiked with added sugar and if you eat out a lot, you have no idea where your food came from, how it is prepared or if there is added sugar. SUGAR IS ADDICTIVE! Cooking your own food gives you all 4 “C’s.”

2. Contributing to something outside yourself.

3. Coping because you have to be mindful of what you are preparing and be focused.

4. Cooking and knowing exactly what is in your food.

Sitting down with your family for a home cooked meal is probably the single most important thing you can do to raise your happiness and contentment.

In his book, Hacking the American Mind, Dr. Lustig suggests these tips above and more for having a healthier lifestyle and decreasing addictive behaviors which he says will help rescue ourselves from Metabolic Syndrome, Addiction, and Depression.