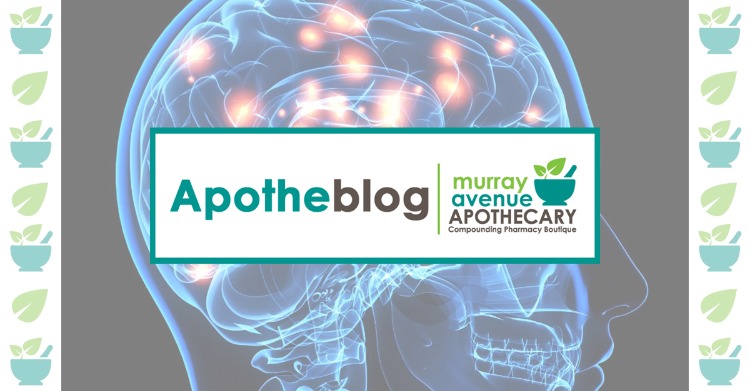 “What if I told you that your mood problems, your memory problems, your trouble focusing, your ADD or depression, are not all in your head but instead in your body?”, says Dr. Mark Hyman in the beginning of the Broken Brain docu-series. The 8-part series reveals what conditions like Alzheimer's, Dementia, ADHD, Autism, Depression, Anxiety, and Brain Fog have in common-inflammation and brain toxicity.

We must start our discussion with diet. Today’s MAD (Modern American Diet) or SAD (Sad American Diet) diet is not food we grow on our American farms. It is created on efficiency and bad science. We moved from rural farms where there were lots of plants to the city with processed convenience foods of little ingredients-sugar, cheap vegetable oil like soybean and corn oils, and chemicals, fake colorings and flavorings, dyes, artificial ingredients. Colored dyes and additives are known to increase ADHD in kids.

The combination of high sugar, high simple carbs, low fat and processed foods are all toxic for the brain!

Sugar is the most potent brain neurotoxin, and it is addictive, maybe more than cocaine. We eat more than 152 pounds of sugar and 142 pounds of flour, which acts like sugar in the body, per year. This has been linked to everything from depression to ADHD to dementia, which is now called Type 3 diabetes. We have to take this very seriously. Our high-sugar, high-starch diet is key to inflammation and toxic brains.

Sugar triggers Dopamine, and the brains pleasure and reward center, so you keep coming back for more and more and more. At the same time, Dopamine down-regulates (decreases effect) Serotonin, so now you have cravings for more sugar to stimulate Dopamine and you also feel blue and down, and even depressed.

The worst sugar of all for body and brain is Fructose which is sweeter than glucose and makes you more insulin resistant, increases gut permeability, and so increases food sensitivities, ages you, and makes you fat because it goes right to the liver and turns into fat.

What are people doing to curb sugar? They're getting the low sugar message and they're drinking and eating artificially sweetened foods. This is absolutely the wrong thing to do. When people eat artificial sugars, they ruin their gut microbiome, home to over 100 Trillion bacteria! In an Israeli study, people who drink soda have a 44% increase risk of Alzheimer’s due to change in biome of bacteria in the gut which causes inflammation in the gut and brain. Alzheimer’s is a brain inflammation disease!

How do we disturb the ecosystem that is the microbiome in the gut? Food allergies are one of the biggest cause of disturbances in the gut microbiome. There are two types of food allergies, acute as in a peanut allergy that may cause anaphylaxis and delayed (food sensitivities). The food sensitivity may be delayed by days, i.e. eat a bread on Monday and feel blue on Wednesday. Or eat cheese on Tuesday and have a headache Thursday.

Another reason for these food allergies is that we lose the barrier between the gut and the immune system which protects us from toxins, bugs, and foods. This breach in the barrier is called Leaky Gut and is caused by exposure to toxins, genetically modified food and food filled with additives, pesticides, fake foods high in sugar, low in fiber, low zinc and omega fats, overuse of antibiotics and hormones in meat. The biggest food allergy culprits are corn, soy, dairy and gluten.

According to researchers, gluten opens up the tight junctions between the “blood and bowel”, and the “blood and brain” in everybody. Interesting to note that only 1% of the population is true celiac the rest of us are gluten sensitive.

Basically, the outside environment leaks into your body and brain and you develop allergies and immune issues.

Remember that 2/3 of our immune system is embedded in our GI tract.

The immune system is triggered by food particles that it misinterprets as foreign invaders and this sets off inflammation throughout the body. This manifests as brain fog, headaches, fatigue, numbness in extremities (peripheral neuropathy), hormonal imbalances, and frequent miscarriage just to name a few.

Again, where is the inflammation coming from? THE GUT! Inflammation happens when we disrupt these gut bacteria in the very important microbiome.

I find it fascinating that in utero, the same cells that form the gut, form the brain! The gut is the second brain because it has its own nervous system and makes more neurotransmitters than the brain. Through this system is how your immune cells talk to each other and the brain.

Physical and emotional stress affects both gut and brain; sustained cortisol shrinks the memory center in the brain. Animals do not get ulcers because they do not live in a state of chronic stress like humans who exist in emergency mode from morning till night. We live on caffeine and sugar and are hyper stimulated, and do not “rest, digest, relax and heal.”

Note that our hunter gatherer ancestors spent only 20 hrs. a week working and hunting for food, and the rest of the time they chilled out with family and friends around the fire. Modern humans can try and chill out with meditation and Yoga, being with family and friends, exercising, and taking breaks from electronics. Scientists have discovered that we can increase neuro-genesis (regeneration of nerve cells) and plasticity of the brain. They found that exercise does this.

To summarize, general poor diet and stress affect the gut microbiome, cause Leaky Gut and inflammation, which are associated with brain disease including Parkinson’s, ADHD, Autism, Alzheimer’s, Dementia, and more.

Good health is about communication between body, gut, brain and all other cells to remain sharp, vital, and energetic for years to come.

To Your Gut and Brain Health,